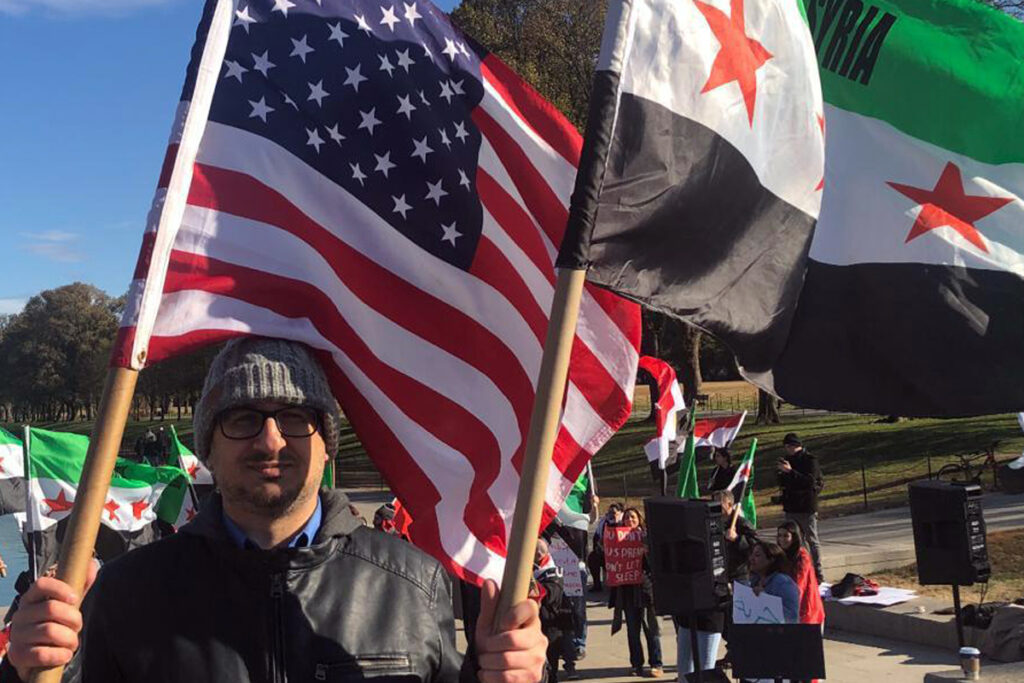 We are proud to announce that the winner of “Kayla’s List PAC’s Member of the Month” Award for the Month of Nov 2019 is;

Dr. Alnachawati is a Syrian American Physician from Damascus, Syria.

Like many other suppressed young peers in middle east, he immigrated to United Stated pursuing advanced education and training and, seeking justice, humaneness, freedom, and liberty.

Dr. Alnachawati recalls how he worked overnight as AlHouleh Massacre was unfolding to help putting together CNN report on this horrifying crime.

Dr. Alnachawati was among premiers to believe in the impact of advocacy and political engagement and its positive outcome on US policy makers.

He is a member in several advocacy and lobbying organizations such as “Syrian American Council (SAC), Kayla’s List PAC, and “Citizen for Secure and Safe America” (C4SSA).

Recently, He co-organized a Rally in Washington DC “United Against Tyranny” with collaboration of Syrian American Council SAC, Citizen for Secure and Safe America C4SSA and other members of community.

The purpose of this rally was to declare solidarity of Arab –Americans and their fellow Americans with general public and people in middle east who went marching in streets of Lebanon, Iraq, Iran, Sudan, Algeria, and other neighboring countires demanding reform, fighting tyranny and their oppressive regimes.

He is also organizing a Save Adlib Rally in Times Square, New York on Dec 2, While a billboard podcasting a highlights of Hezbollah, Russia, Assad’s and Iranians regimes crimes and calling upon American and international community to interfere to stop the killing of innocent civilians.

The notion Dr. Alnachawati believes in is bringing together Syrian American community, their leaders and their various organizations under one umbrella and united board.

We are proud to have members such as Dr Hicham Alnachawati in our community and among our Kayla Pac Supporters.