Since its launch on March 1, 2018, Kayla’s List PAC has raised more than $53,197 and contributed over $19,100 to 9 candidates thanks to the donations of 35 individuals.* Kayla’s List contributed to the following congressional members and candidates:

On April 20th, President of the Kayla’s List (KL) PAC Board, Dr. Rim Albezem, met with President Donald Trump at a private roundtable in Mar-a-Lago. Dr. Albezem, along with Syrian activist and Orient TV journalist Hayvi Bouzo, relayed the issues of importance to the Syrian-American community to the President. 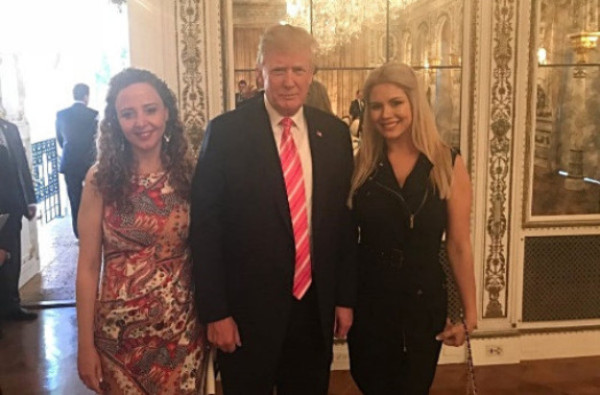 On April 20th, the KL PAC met with Kevin De León, who is running an insurgent Democratic campaign against California Senator Dianne Feinstein, who has been in office since 1992. De León is currently President Pro Tempore of the California State Senate, and listened intently to the Syrian American community’s critical issues and vowed to keep in contact with the group. The California Senate primary elections will take place on November 6th.

On April 21st, KL PAC held an introductory dinner with friendship and advocacy in Glendale, California. Congressman Jimmy Gomez and Congresswoman Norma Torres, both Democrats from California, addressed the group and talked about the importance of being politically engaged and educating your members of Congress on the issues of importance to the community. Both Gomez and Torres are from immigrant families, and have managed to rise to the top of their communities through hard work and determination. Both Gomez and Torres are members of the Friends of a Free, Stable, and Democratic Syria Caucus. 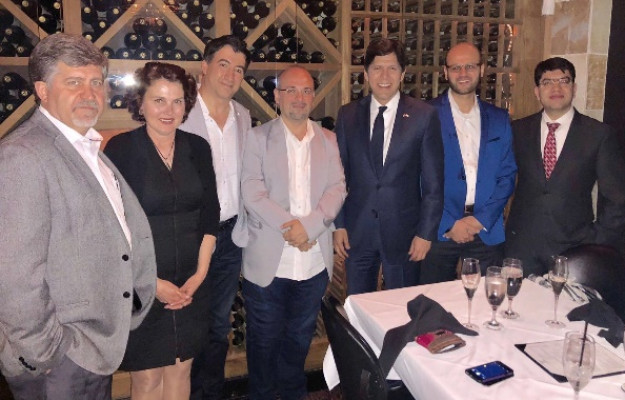 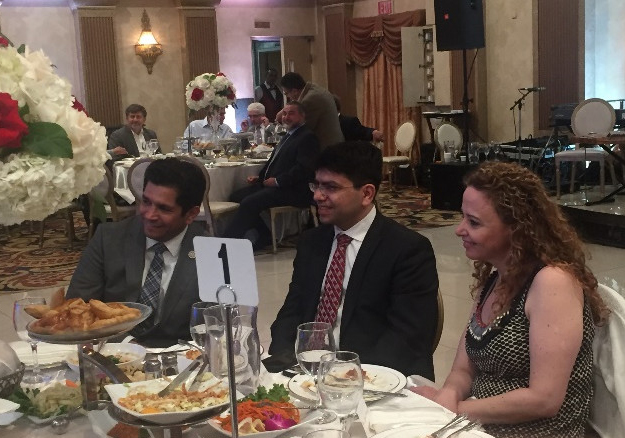 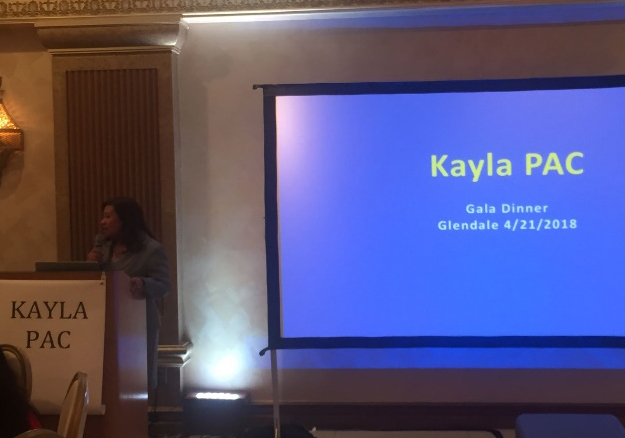 Since debuting on March 1st, the Kayla List PAC has supported several community-hosted events with various congressional members and candidates from both the Democratic and Republican parties. 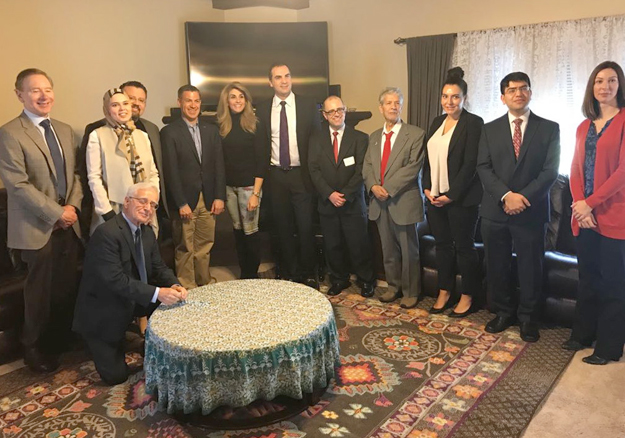 On February 24th, Dr. Feras Kara and his wife, Alia Natafgi, hosted Congressman Jim Banks (R-IN) in their Fort Wayne, Indiana home. The community informed the Congressman, who had previously joined the Caucus, of the tragic situation that was occurring in East Ghouta at the time, and presented a statement to be released by his office on the issue.

The next day, on February 25th, Dr. Albezem hosted Senator Bob Casey (D-PA)in her Newton, PA home. The group discussed the Assad regime’s horrific actions in Ghouta despite the UN 30-day ceasefire that was in effect. The Senator, who has called on both the Obama and Trump Administrations to take a more assertive approach in Syria, reiterated his commitment to the cause. Senator Casey delivered a floor speech ahead of the Syrian revolution’s seventh anniversary urging for a more comprehensive strategy that includes more humanitarian aid and the sanctioning of Russian and Iranian actors destabilizing the region. His full remarks can be seen here. 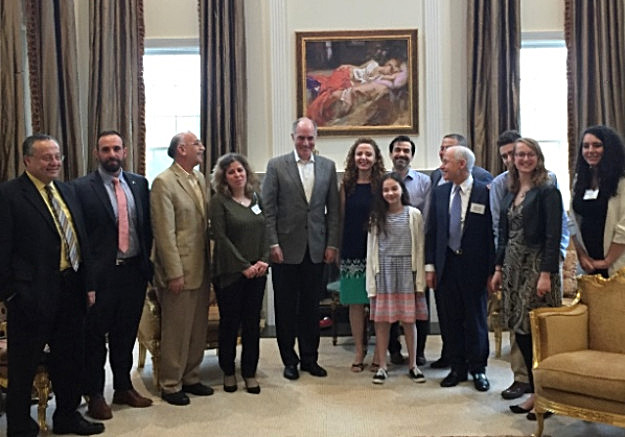 On March 16th, Bedr Jebara and his family hosted Congressman Lee Zeldin (R-NY) in New York City. The Congressman was very excited about the opportunity to learn more about the crisis directly from the community. He asked many questions, particularly about what a post-Assad government would look like and Turkey’s role in the conflict. The community did a wonderful job of educating him on the daily atrocities occurring in Syria. Congressman Zeldin is also a member of the Caucus. 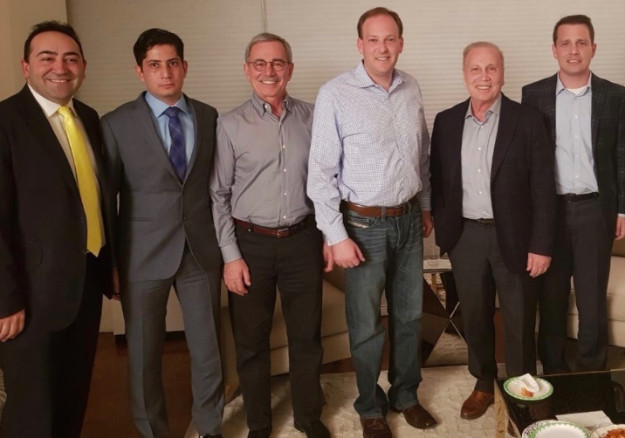 On April 22nd, the Jebara family welcomed Senator Cory Booker (D-NJ) in their home in Far Hills, NJ. The community expressed its dislike of President Obama’s policy and disappointment with President Trump’s limited response to Assad’s April 2018 chemical weapons attack. The community also stressed the danger of the US withdrawing from Syria, which the Senator recognized. Senator Booker also stated that he would support the Caesar Syria Civilian Protection Act of 2017 once it comes to the Senate, and would push Senator Bob Corker (R-TN), the current Chairman of the Senate Committee on Foreign Relations, for committee approval. Overall, the meeting was a critical step in building a relationship with a rising star in the Democratic Party. Lastly, Dr. Albezem will host Congressman Brian Fitzpatrick (R-PA) in the coming weeks, on a date to be determined. 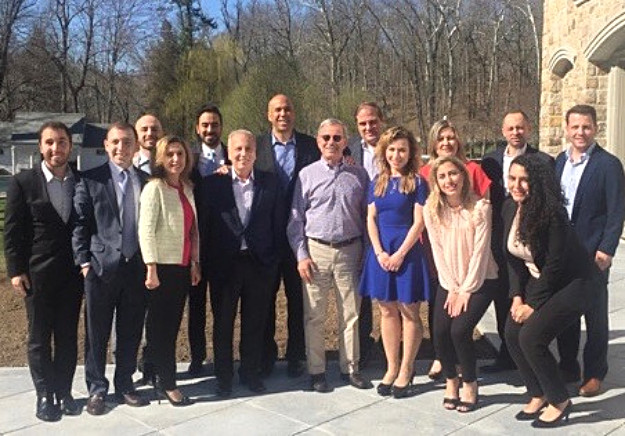 Sen. Cory Booker at the Jebara home in New Jersey

Letters to the Administration

As a result of the collective work of the Syrian-American community and the advocacy team in Washington, DC, Congress has sent three letters to the Trump Administration on Syria in the past two months.

The first letter, led by Congressman Steve Stivers (R-OH) and Congressman Brendan Boyle (D-PA), was sent on March 30th with thirteen signatories urging the President to work with Congress and US allies to enforce international chemical weapons conventions and stop the slaughter of civilians. The letter was sent in the midst of the bombardment of Eastern Ghouta, and stated that enforcement mechanisms could include grounding Assad’s air force. 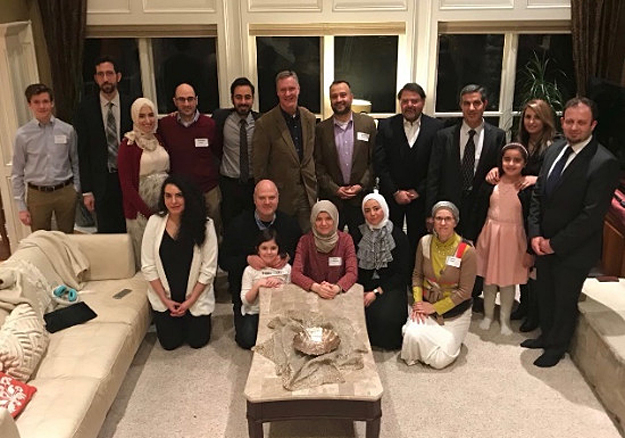 Sent on April 16th, the second letter to the President was led by Congressman Adam Kinzinger, a long ally of the Syrian people and founding co-chair of the Caucus. The letter applauded President Trump for executing the airstrikes in response to the chemical weapons attack on Douma and warned that we must not withdraw our troops from Syria prematurely. The letter carried nineteen signatures by members of Congress.

On April 26th, a bipartisan group of Senators – Senators Lindsey Graham (R-SC), Chris Coons (D-DE), Marco Rubio (R-FL), Catherine Cortez Masto (D-NV), and Bill Nelson (D-FL) – sent a letter to President Trump calling for the sustainment of a US presence in Syria. The full letter can be found here.