Since its launch on March 1, 2018, Kayla’s List PAC has raised more than $86,000 and contributed over $61,400 to 24 candidates, thanks to the donations of 81 individuals.* Kayla’s List contributed to the following congressional members and candidates since March:

Dec 31 is the end of the 2017-2028 election cycle. Please consider maxing out your already generous support. Contact Louette at Kaylaslistpac@gmail.com and share with friends who are just as passionate as you to contribute! 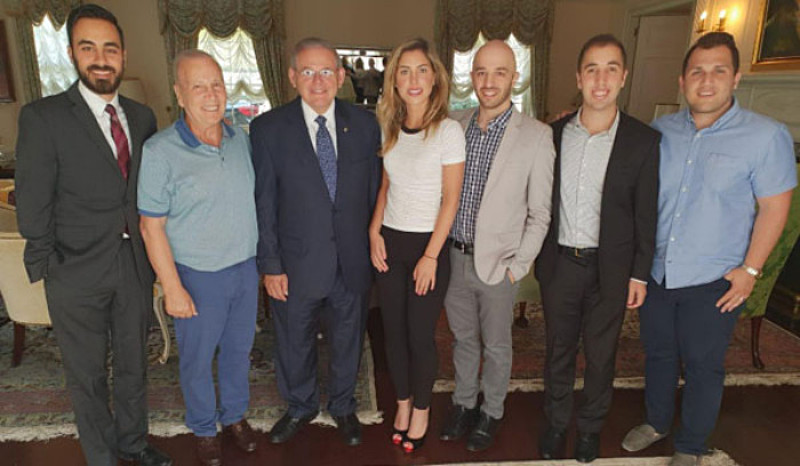 On June 23rd, the Jebara family hosted a fundraiser in their Far Hills, New Jersey home with Senator Robert Menendez (NJ-D), who is running for reelection for New Jersey’s Senate seat. Senator Robert Menendez currently is the Ranking Member of the Senate Foreign Relations Committee. He has been one of the strongest supporters of a free and democratic Syria, and his leadership position on foreign affairs issues has been very helpful in furthering the message. Senator Menendez sponsored major legislation imposing sanctions on Russia which contains the line “”the President should call for the Government of the Russian Federation to…cease enabling the brutal regime of Bashar al-Assad in Syria to commit war crimes.” 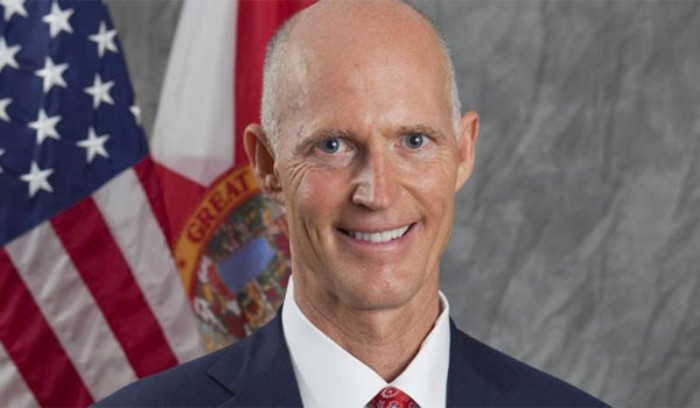 On June 28, Dr. Rim Albezem attended an event for Republican Senate candidate – now Governor hosting Senator Rick Scott (R-FL). As Governor and a businessman before that, Rick Scott has not been involved in foreign policy issues. This event was an opportunity to inform him on developments of concern to the Syrian American community. 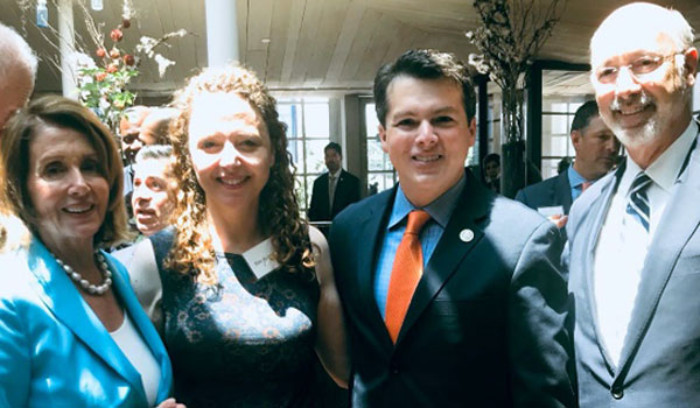 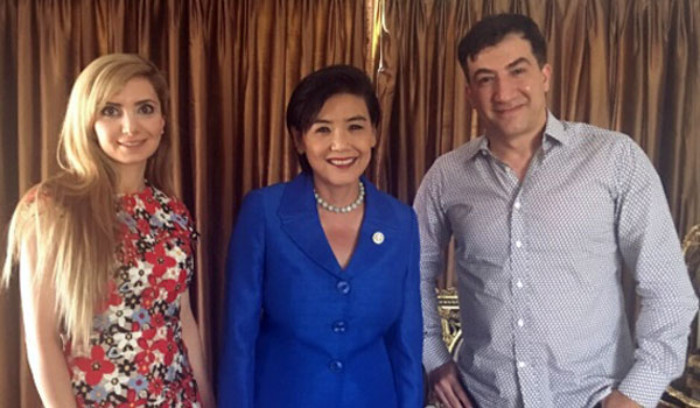 On July 14th, Dr. Zeid Kayali and Dr. Diana Ashouri hosted Congresswoman Judy Chu (CA-27th/D) at their home in Pasadena, California. The Congresswoman enjoyed Syrian American hospitality and discussed many issues of importance to the community such as the conflict and humanitarian crisis that is occurring in Syria. 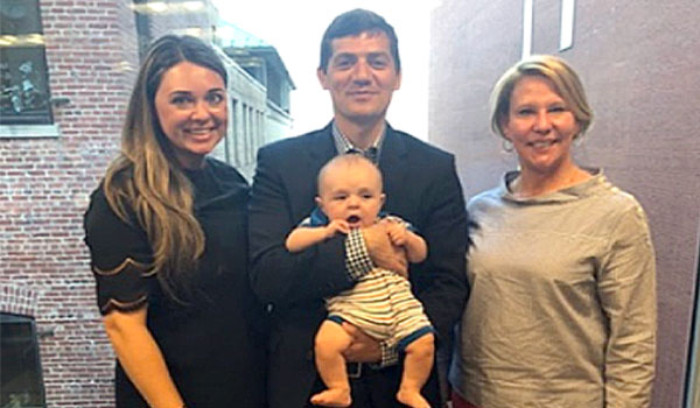 On July 19th, the Kayla’s List PAC met and supported an event with Candidate Jesse Colvin (MD-1st/D), who is running a campaign for Maryland’s 1st District as the Democratic nominee against Republican Representative Andy Harris. Mr. Jesse Colvin was in the United States military as an Army Ranger. Prior to joining the military however, Jesse Colvin taught English to civilians in Syria and speaks Arabic, which he studied in Egypt as a university student. Colvin is intensely interested in Middle Eastern issues, and if elected, may be the first Member of Congress who has lived in Syria. 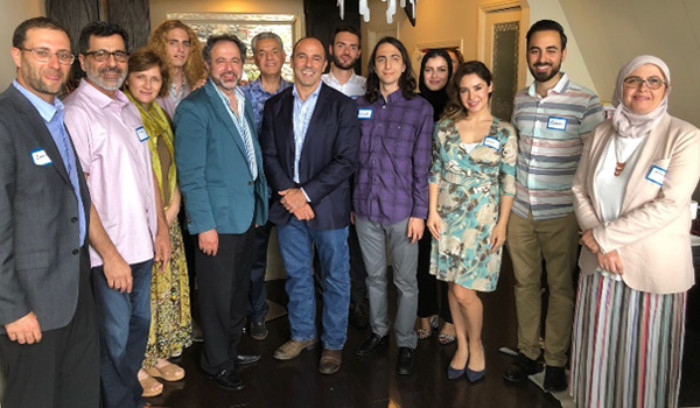 On July 21st, the Syrian-American community welcomed Representative Jimmy Panetta (CA-20th/D) at the home of Dr. Mumtaz and Mrs. Rahaf Mumtaz fora reception. Representative Panetta is a member of the House Armed Services Committee. The community thanked Congressman Panetta for his support of the issues on the House Armed Services Committee and thanked him for being a member of the Friends of a Free, Stable, and Democratic Syria Caucus. 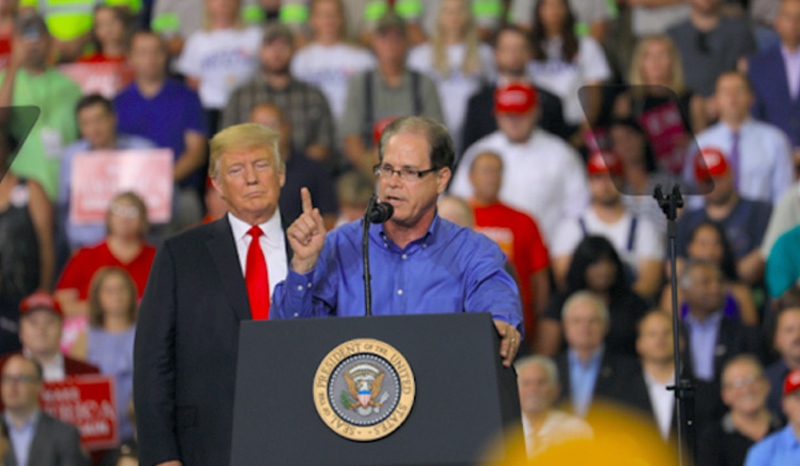 On August 30th, the Kayla’s List PAC attended an evening event in Evansville, Indiana for Mike Braun, who is looking to looking to unseat Senator Joe Donnelly as Indiana’s next Senator. President Donald Trump attended the event for the Republican nominee. Dr. Rim Albezem and Hayvi Bouzo represented the community. 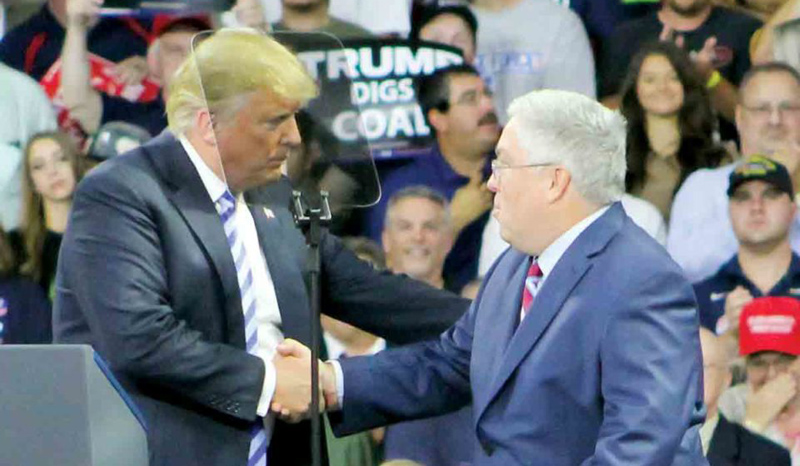 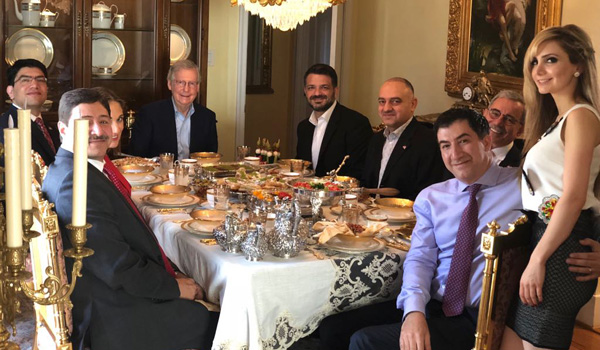 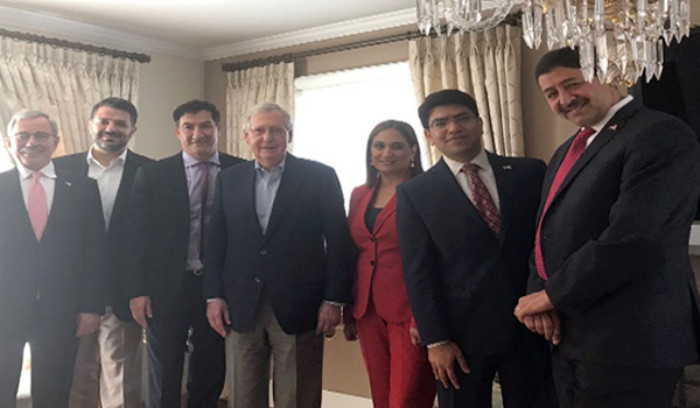 On August 6th, Dr. Zeid Kayali and Dr. Diana Ashouri hosted Senator Mitch McConnell (KY-R) for breakfast in their elegant Pasadena, California home. Other members of Kaylas List PAC joined the discussion. McConnell is the highest ranking Republican leader in the United States Senate, also known as Majority Leader, and is the decision maker on which pieces of legislation are considered on the Senate Floor. 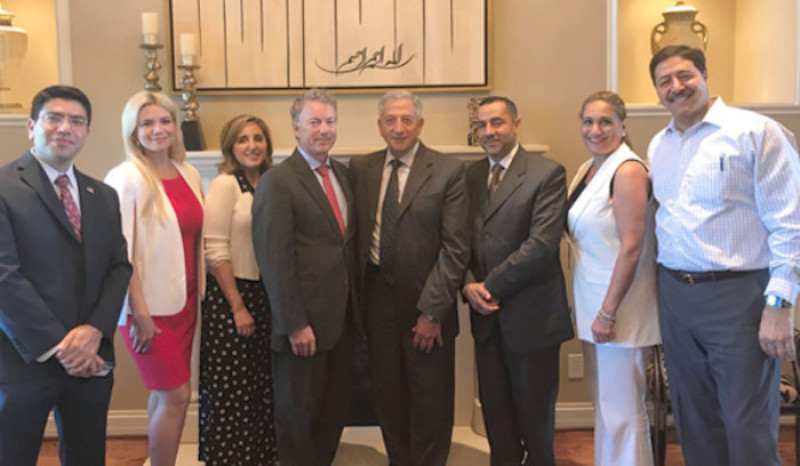 The next month, Dr. Ammar Almasalkhi hosted Senator Rand Paul (R-KY) at his home in Louisville, Kentucky. Senator Paul is also on the Senate Foreign Relations Committee which has jurisdiction on all Foreign Affairs related policy. The discussion centered on developments in Syria and US sanctions policy. 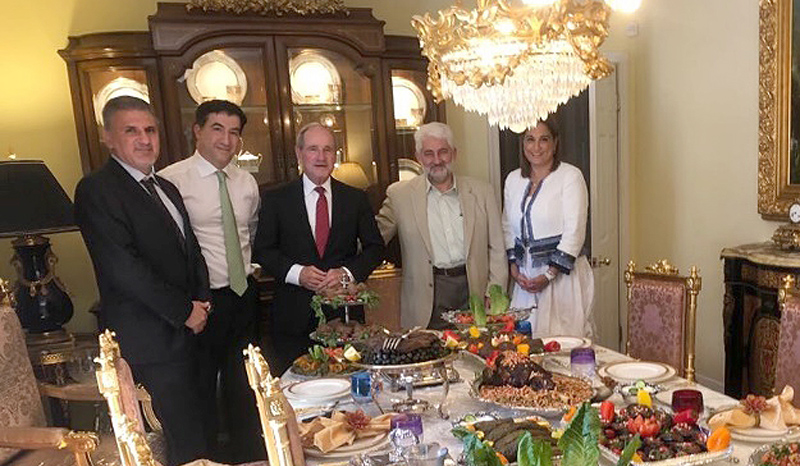 September 29, 2018 was a busy day for Syrian American advocacy. While Dr. Zeid Kayali and Dr. Diana Ashouri were continuing their delicious Syrian food charm offensive on Senator Jim Risch (ID-R), Dr. Ahmad Sakkal from West Virginia attended a rally in Wheeling, WVA with Republican Senate candidate Morrisey and President Trump. He had the opportunity to thank the President for protecting the civilians in Idlib and remind Senate candidate Patrick Morrisey of the Syrian American community’s concerns.

The Friends of a Free, Stable, and Democratic Syria Caucus is now up to 51 members in less than a year and a half since its establishment!  Among the new Members is Eliot Engel (D-NY), who is the highest ranking Democrat on the House Foreign Affairs Committee.   Rep. Brenda Lawrence (D-MI), Jared Polis (D-CO), Matt Cartwright (D-PA) and Steve Cohen (D-TN) also joined the Caucus during this period.